How can I help a friend who’s in a sh*tty relationship? 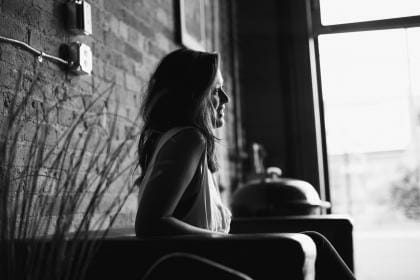 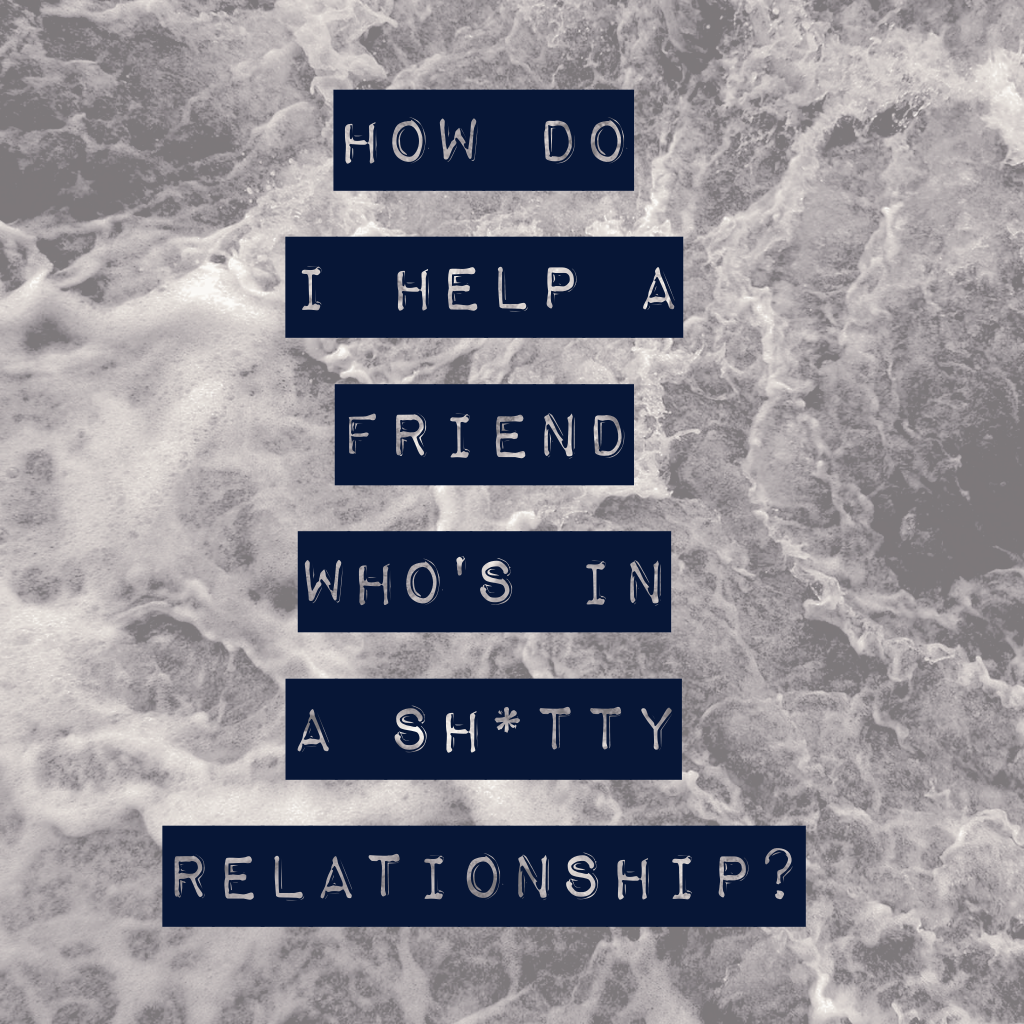 Yesterday I got the following question posted up on my Coach Carly Facebook page: “how do you help a friend who is in a very controlling emotionally abusive relationship?”

As a transformational life coach who also teaches Reiki and so works in the energy realms a lot, there were two branches to my suggestions – the first was how to support the friend, and the second (but more important aspect) was how to look after your own energy.

I have experienced a few different angles to this myself – I was in a relationship for many years with someone who was manipulative, controlling and emotionally abusive (and was fortune enough to have friends that stuck by me through it, as well as a few that didn’t). I’ve also been a friend to someone in a similar situation, have coached clients in similar relationships, and also worked as a mental health case manager with both those experiencing the abuse and those doing the abusing.

How to support your friend

When I was a Probation Officer in London, I used psychological motivational interviewing techniques with clients for behaviour change. At the basis of this model is the cycle of change. I find this a really useful model of behaviour to refer to in many situations, and it takes you through the various stages of quitting a negative behaviour.

Say you are a smoker, for example. If you’re happy being a smoker, then you are at the “pre-contemplation” stage. You’re not in the least bit interested about quitting the cancer sticks.

But then maybe someone you know gets lung cancer, or you get a bad cough and can’t run as far as you did. Your mates and family are nagging you to quit. You decide that maybe you’ll quit one day (contemplation stage).

Then one day a few years later, you decide that yep, now’s the time (decision). You might decide to start next year though.

Next year rolls around and you actually quit (action stage). Then for a while you have a good run of no ciggies (maintenance). One night you have a few too many wines and bum a ciggie from a friend (lapse) but the next day you quit again. Or, if you don’t, that’s the relapse stage.

We can see this cycle in a lot of the things we do – diets, exercise, ciggies, drugs, alcohol, going from one bad relationship to the next.

My point with this is that if your friend is in a sucky relationship, we can talk until we are blue in the face about how they should get out of dodge and dump them, but if they aren’t even considering that at that point, then you’re wasting your breath. You’ll only come across as just another mate who’s telling them their own opinion about what they think they should do.

All you can do at pre-contemplation stage is talk to them about how they see their future and what they want for their life. If things don’t change for them, where do they see themselves in five years time? Get them to reflect on their feelings and what they want for themselves, and do so in a loving, non judgemental way without your own opinion unless they ask for it. At this stage we do what’s called “dealing with discrepancies” – which is basically pointing out the contradictions in what they say they want for their lives, but what their actions are saying instead (e.g. I want to be fit and healthy vs. Smoking a packet of cigs a day).

If they are at the stage where they are thinking about making a change, then be the loving and supportive friend they need you to be, again without criticism, judgement or your own opinion. Be the kind of friend that they will want to open up to and not be scared to talk to. Ask them questions that get them to reflect on their own situation, and help them to come up with their own answers in their own time. I know from my own past that the friends that stayed best mates were the ones who continued to love me with kindness and supported me to make my own decisions, and not the ones who turned all b*tchy and judgemental on me.

At the root of a person staying in a crappy relationship is low self esteem, low confidence, a lack of self love, and a bunch of limiting beliefs about themselves. This is all work they will need to do on themselves to move forward in a positive way. If you believe they might need more help than just their mates to talk to, suggest counselling, a mentor, a coach, going to see someone for a holistic treatment or similar – this also helps you protect your own energy which leads me on to….

How to protect your own energy

When we deal with people we love who are in a crisis (especially those who seem to flit from one crisis to another), it can become really draining on our own energy – especially if we are living with that person.

You can protect your energy in a few different ways. Make sure you stay centred and grounded by exercising, spending time in nature, and getting to the beach if you can – salt water is a powerful transmuter of negative energy. Make the time to do those things that keep you happy, whatever that might be for you. The beach is a definite go-to for me when I feel crappy. Something about the infiniteness of the ocean makes all the “problems” seem so much smaller.

I also like to meditate and clear my mind.

You can imagine yourself in a bubble of pure, bright white light energy for protection. “Bubble” yourself whenever you’re going to spend time with the person affecting you.

Cutting cords is also important. We all have etheric (energy) cords that exist between us and others, and some of these are negative cords that tie us to them and drain our energy. Check out some cord cutting meditations on YouTube, or just visualise the cords between you and them and cut them away in your mind.

If the person is living with you, it would be good to do an energetic space clearing. I’m doing this on a friends house tomorrow. You can do this in a number of ways – you can have a bowl of salt water in the room to transmute negative energy, use smudge sticks, essential oils, crystals like black tourmaline or smokey quartz. You can visualise bright white light going through each room of the house to kick out any negative energy.

When you’re speaking with the person you can cross off your energy to stop it going to them (and being drained by them) by crossing your ankles and wrists – they won’t even notice.

Ultimately, your friend will do what they want to do. It’s their life, their path, their choices. Set good personal boundaries for yourself – know when to say no to helping someone else if you really need to help yourself first.

I hope that all made sense and helped in some way… comment below if you have a question, I’d be happy to chat further 🙂

Are you really ok? Please share and help save lives. 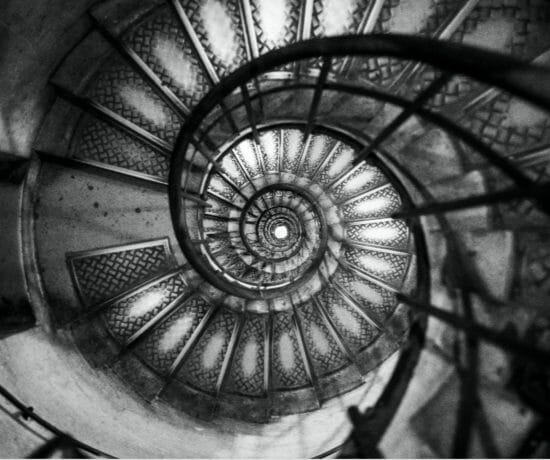 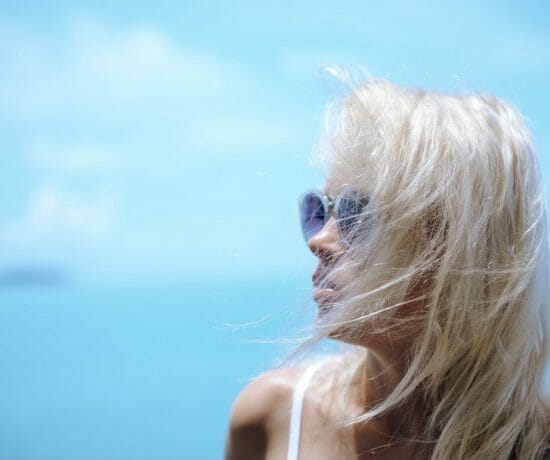