Grab an umbrella {the power of positive thinking}

Are you aware of quite how much your thoughts are influencing your behaviour (and as a result, your decisions and actions)?

A good example of how our thoughts impact our behaviour is from the time I spent living in London. Over one summer, we had a few weeks of good sunny weather (almost unheard of in London!) and everyone was noticeably happier.

One day, I stepped out of the door and it was grey, rainy and miserable. I shrugged my shoulders, grabbed an umbrella and walked to the tube station.

At no point did I allow the rain to dampen my mood and, like every other day, smiled at everyone as I walked past them.

What struck me was the change in everyone else’s mood. Just because it was raining, everyone around me seemed to struggle to smile, and looked really grumpy. I got on the tube which, like every other day, was packed like sardines, hot and sweaty. Again, everyone was miserable.

I smiled at everyone, and only one person smiled back. When this lady alighted the tube at her stop, she thanked me as she walked past and said “you’ve made my day”. All because I smiled at her when everyone else was miserable!

Thoughts are energy, and become “things” that you manifest. Imagine I had stepped out the door and thought “eurgh, typical, it’s raining, what a rubbish start to the day”, and walked down the road all grumpy, scowling at people I walked past – all because it decided to rain that day. How silly is that?!

Instead, I brightened my day and someone else’s day because I chose not to let the weather affect me. If you seek inside yourself for your happiness rather than allowing things like the weather to control your mood, you will generally be a much happier person.

When I was working as a Probation Officer, I told this umbrella story to a guy I was supervising on his Community Order. He was someone with a very violent past, anger issues, control issues, and ultimately, an anxiety disorder. The thought of not organising his day down to a T freaked him out.

I asked him to imagine what it would be like to just jump on a train one day and end up somewhere with no plan, just an intention to have an enjoyable day. The thought stressed him out so much he was pacing the room! Here was someone who went out every day with a self-made rainy cloud over his head and no umbrella.

After a few sessions of coaching and the umbrella story, he was a different person. Every week I would ask him how the cloud was going. In a few short sessions, the cloud was gone, and he carried his imaginary umbrella with him in case it rained.

He realised the power of positive thinking and was able to reflect on how his negative thinking had controlled his life up until that point and directed all his anxieties, control issues and anger which had ultimately led to much of his life spent in prison for very violent crimes.

Imagine for a moment, the kind of life he might have had, and will now have, if he had known the impact of his thinking on his behaviour?

How are you making your day cloudy and rainy, and how can you change your mindset to make every day a sunny day? 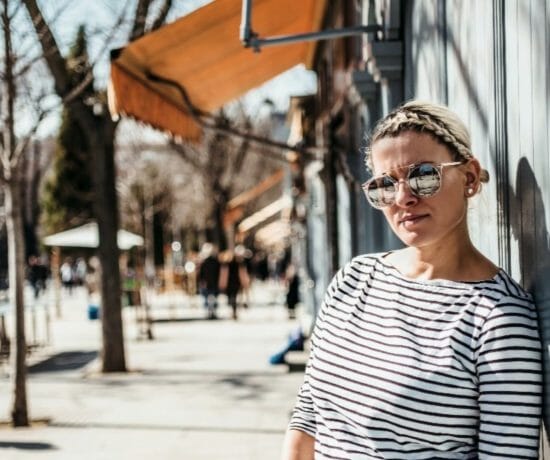 All that you are