Most people will choose unhappiness over uncertainty 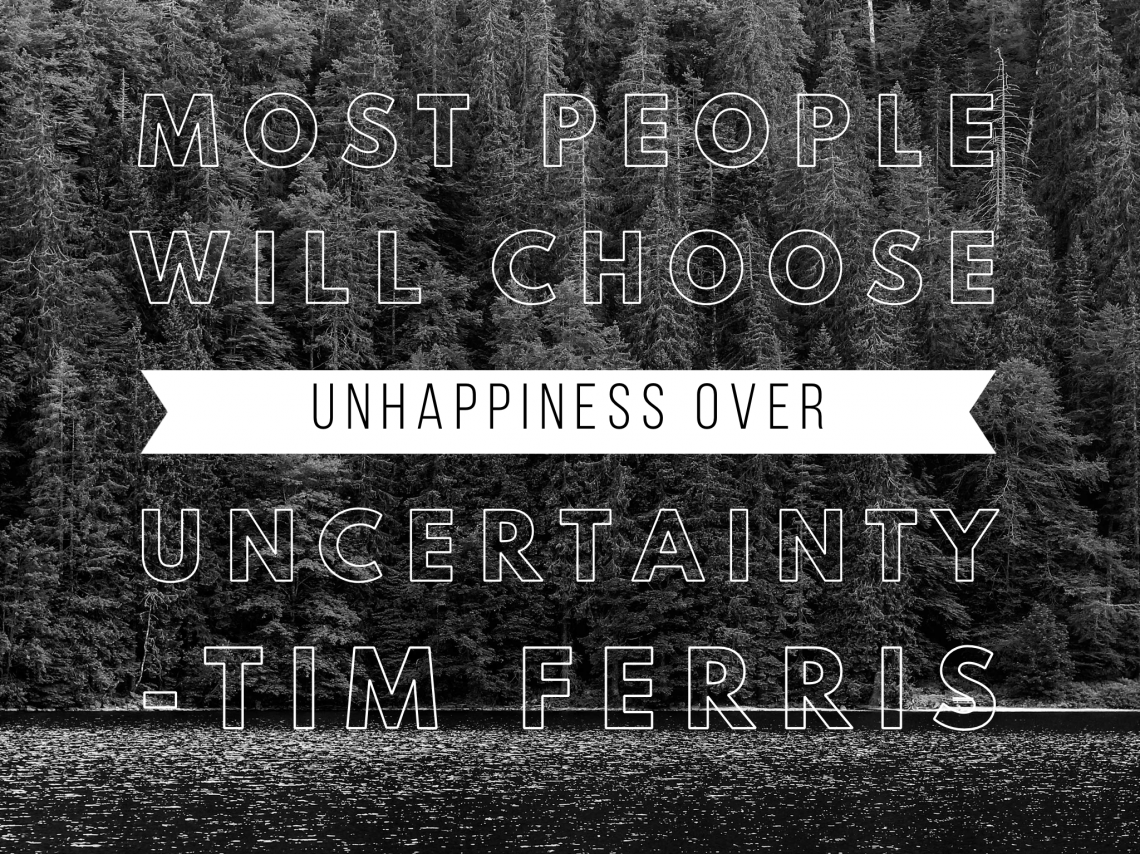 MOST PEOPLE WILL CHOOSE UNHAPPINESS OVER THAN UNCERTAINTY

Looking at the world around us and the people within it, it’s also a very accurate one.

I like to think of myself as someone who would choose uncertainty over unhappiness and in many ways I do, but there have also been sticky areas in my life where I’ve remained willingly unhappy rather than take the risks of change.

Does that ring true for you too?

For me in the past it was in my relationships. I was always adamant I’d do everything in my power to make a relationship work before I would quit on it. If only my partners at the time had done the same thing. I would end up flogging a dead horse, utterly miserable, a shell of my former self, feeling defeated, being treated like shit and letting it happen, and going against all my values.

It took time for me to change that and to increase my self love enough to not allow that to happen anymore. It was worth it though!

Can you think of something in your life that you’re unhappy with and want to change, but the fear or risks of change and uncertainty are stopping you from making the big leap?

Does avoiding the risk of change lead to more or less pain/fulfilment/happiness?

Most of us have had way more successes than failures when we took a big leap into the unknown.

Because it all works out in the end, doesn’t it? Not always the way we thought it would, but it still works out somehow.

If you aren’t willing to risk the uncertainty of change then you’ve basically accepted staying unhappy in that situation. Essentially you’re still risking something – you’re risking your future happiness.

Have a think back to past experiences where there was a risk of changing something but you took the leap and did it anyway.

Go ahead and write those times you took action down on a piece of paper. List as many as you like.

For those that didn’t work out, write down what you learned from it and what it led to instead.

For the risks you took that did work out, write out how it impacted your life as a result.

Think about how scary each of those risks felt to take at the time. Do they seem as scary looking back now you know how it all worked out?

Now take the situation that you’re unhappy with. Write out the following:

Which is a bigger list? What can you do today to move yourself closer to a better, happier, more fulfilling life?

What risks are you willing to take today?

I’d love to hear your musings on this. 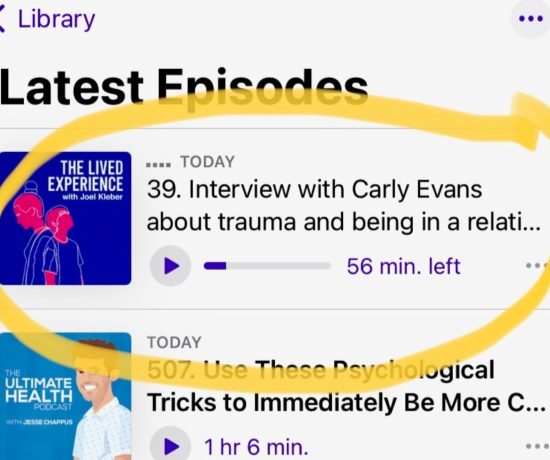 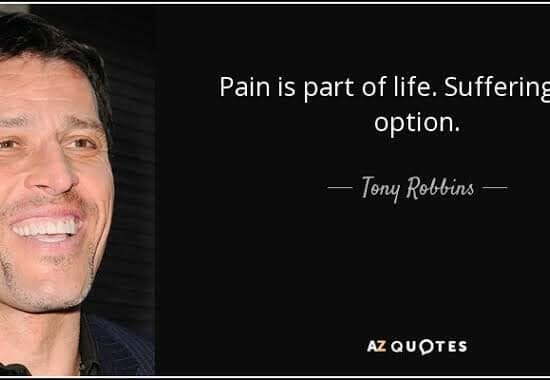 Pain is part of life; suffering is optional