Do you find yourself in conflict in important relationships? 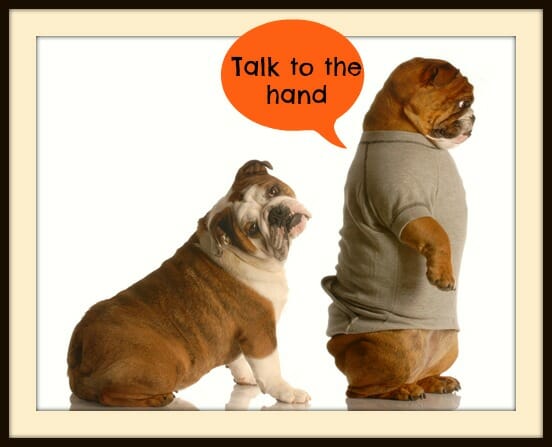 Do you sometimes feel like you are talking French, while your partner is talking Spanish? Maybe not your partner, but a parent or another person close to you? Do you feel like it doesn’t matter what you say, it’s interpreted in a totally different way?

We all have those conversations where we come away thinking WTF, did that just happen? How did a simple conversation spiral so out of control? Why do I feel so bad right now? That totally took me by surprise.

All relationships signify a connection between self and others, between mind, body and spirit, between one relationship and another, between networks of relationships and in different contexts. How we perceive and receive these relationships and all communication that exists within them can vary greatly depending not only how we are feeling in that moment but also on our upbringing.

Transactional Analysis (TA for short) is a model of people and relationships that was originally created by Dr Eric Berne in the 60’s. When you start to understand this model it can also help you to understand any conflict that occurs in your relationships with others. Understanding the conflict is the first step to being able to sort it out and learn a better way of communicating. 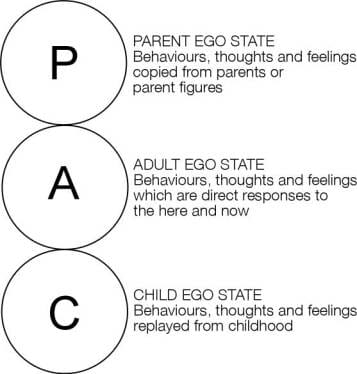 TA is based on the notions that 1) we have three “ego-states” to our personality and that 2) these all interact with each other in “transactions”.

All of us have internal models of parents, children and adults, and we switch between these all the time with others and even with ourselves (ever hear your mums voice in your head telling you off for something even though you’re an adult?)

The first ego state is that of the Parent. We can either play the nurturing parent (seeks to keep the child safe and content), or the controlling parent (can be critical and wants the child to do what they want them to do). These can show transferred values or beliefs from our parents that were passed down to us.

The second ego state is that of the Adult. This is the “grown up”, rational person who speaks with assertiveness and in a rational way, using neither aggression or control, and is usually our “ideal self.”

The third ego state is the Child. There are three types of child we can play – the Adaptive Child who reacts to the world around them, either by rebelling or by moulding themselves to fit in; the Natural Child who is open and vulnerable and who is not yet self-aware and makes sounds rather than words; and the Little Professor who is always curious and trying out new things.

When two people communicate, there is a transaction. Conflict is caused when there is an unsuccessful transaction and we are not communicating on the same level. These are the games we play.

For example, it’s normal for a parent to speak to their child from the role of the parent, and for the child to speak back from the role of the child. Two adults are on the same page when they both speak from their adult roles. However, often in relationships where there is conflict, the two adults are not necessarily speaking from adult roles. One may be speaking to the other as if they are a child, therefore they are assuming the role of the parent. If one person speaks to the other in an aggressive and controlling way, the other individual may naturally assume the role of the Adaptive Child and either rebel by lashing out or walking away, or by being submissive and sinking into the situation to try to calm it down. This leads usually to hurtful words and behaviour from both sides which causes an ongoing disturbance in the relationship until it is resolved by communicating like adults.

What we are striving for in our communications as adults is the Adult to Adult style, where we are both our best selves and speak in an assertive way free from control and aggression. This is called a Complementary Transaction.

Can you see any situations in your life where you are assuming the wrong role in a relationship? I used to play out the role of parent or child in difficult relationships until I learned about TA, and it transformed my relationships. Have a think about where this may be happening for you, and how you can change it by communicating in a more adult way. 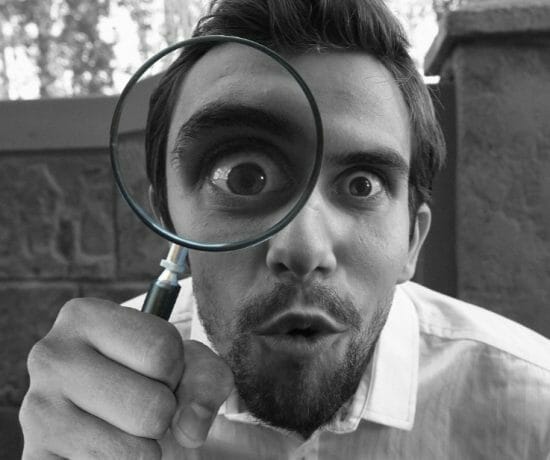 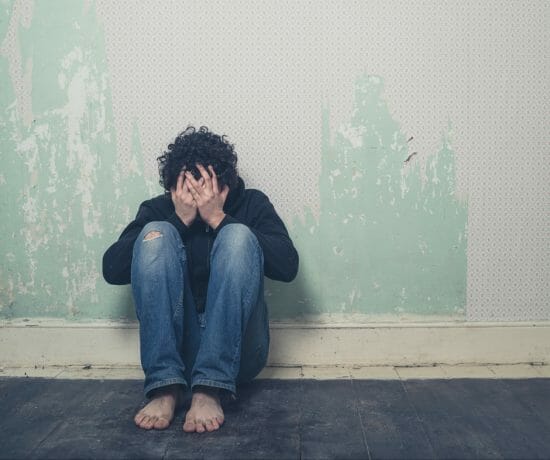 What to do when you’re feeling stuck or depressed {video}