Crashing hard – and getting back up again! 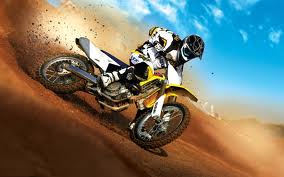 At the weekend I went for a ride in the sand dunes with my partner in crime Ben, and a friend of his Jason.

Before moving to Perth I had always wanted to learn how to ride motorbikes, but told myself it was a bit too dangerous in the UK so was never something I pursued.

Fast forward to 2010 when I met Ben – a guy who is seriously passionate about all things bike-related – and I find myself whizzing down Riverside Drive hanging off the back of a GSX-R 1000 while Ben wheelies all the way!

(Ben doing his favourite thing ever – a wheelie 🙂 )

And I thought to myself “damn – that’s it, I’m packing my bags for Perth (having moved from London to Sydney only a month ago!) and I’m going to learn how to do this!”

August 2011. I buy my own motocross bike – only a 150cc piece of crap Fury, but at least my feet touched the ground (I am short!) and I built my confidence up on it. The first ride was up at Alkimos in the sand/dirt, and Ben literally started the bike for me, then left me to it. I had no idea where the clutch was, throttle, brakes etc… and I broke the kick start that first time (serves me right for buying a Fury!).

BUT I was determined to learn how to ride.

A few months later I was getting my confidence up, but what was slowing me down was my 150cc cheap ass dirtbike… so I ended up buying a Honda CRF250R – a full race bike. Not quite sure what I was thinking at the time as I couldn’t even touch the ground properly to start the friggin thing, but where there’s a will there’s a way! One shortening link later, along with Ben shaving half my seat off and sorting out the suspension, and I was off!

My favourite place to ride is the sand dunes north of Perth. This place is AWESOME, it feels like a little slice of heaven. I am so grateful to live here!

So, there we were on Sunday, the three of us out for a little group ride. Jason used to race in Sydney, and Ben is a good rider having ridden road bikes almost as soon as he was out of nappies. I am still super dooper slow compared to them, but I was as happy as a pig in shit cruising around the dunes (cue elevator music, it really is a funny sight when you see video comparing Ben doing wheelies and me riding like a granny! Do I care? Nope!).

There’s me riding along,  happy as Larry, thinking of all these analogies comparing MX riding to life in general. There are so many things to consider when riding anything with a motor. Before we go riding we have to check out the bike itself – after each ride we clean it, lube it and fix anything that needs fixing. Before each ride we check oil, coolant, fuel, tyre pressure, air filter and anything else that needs doing.

Then comes the environment. Riding in the dunes is very unpredictable. The wind changes the shape of the dunes so each time we go we need to do a bit of a reccy of the area to check for any new holes and obstacles. Riding down windy tracks which are sometimes flat and straight, sometimes winding and sometimes full of woops (bumps), you have to change your speed, gearing and seating position depending on your terrain. If there are lots of bumps, stand up and ride so you take the impact in your legs and your arse isn’t bouncing around all over the show giving you a rougher ride. If it’s flat and straight sit down and go super speed!

It’s also about team work. It’s great going with a plus one or more, because we all look out for each other (well, the boys look out for me because they are more experienced! I know if I crash or am way behind them, Ben will always come back to make sure I’m ok).

Which actually resulted this time in us crashing. Head on. Into each other. 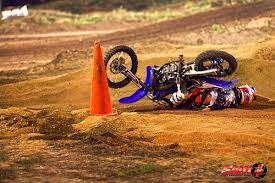 And boy, did that hurt.

We were actually really lucky just to escape feeling a bit bruised and swollen, because the impact was probably around 50kms and we both went straight over the handlebars (I copped a handlebar in my thigh and smashed the helmet into my nose, and Ben copped his handlebar straight in… errrm, an area he really wish he hadn’t!).

LUCKILY – we recorded it all on the GoPro camera. So all was not lost, because we had a wicked laugh at ourselves (several times over), as did others, and we were able to chat about what went wrong and how to avoid it next time.

It’s funny because just before the crash I was thinking about what an awesome blog post these analogies would make. Then I crashed and I thought, oops well I can’t really write that now! And then I thought sod it, because you know what? Life is about having spectacularly stupid (or stoopid as my Dad says) crashes, then picking yourself up, dusting yourself off and getting back on that bike. Which is exactly what I did, after checking that all my bits were still part of me and in working order. But you know what? I had so much fun, and I didn’t feel shaken up after that crash, because I knew I’d been looked after, and that I would be again. I also still want to ride, and so why fear it? Feel the fear and do it anyway!!

And life is just like that isn’t it? You have to give yourself enough attention, just like the bike, every day – good nutrition, enough sleep, enough water etc. And you have to constantly assess the terrain around you for obstacles in your way, so you can either steer yourself around them or jump over them (in this case, crash right into him!). There are bumps and forks in the road, and you know that with a little knowledge and a supportive team, you can get through anything.

So there it is, I wrote it after all 🙂

Happy Tuesday everyone, have a crash-free week! 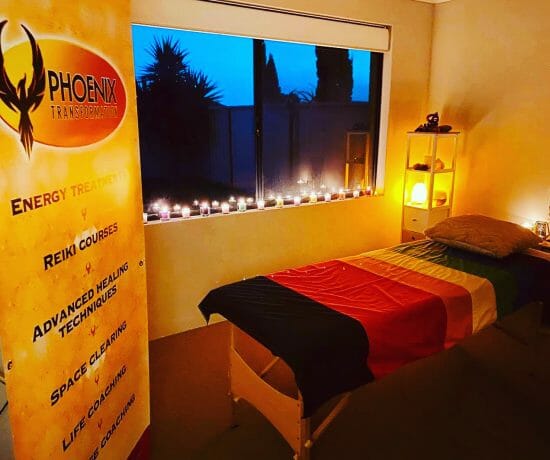 Are these blocks stopping you from your goal of running a small biz?